From 8 to 13 February there will be the unmistakable pecorino cheese of Lischeto to delight the palates of the big Italian song. Selected along with about twenty wine and food of Tuscany and especially the Valdera zone (in addition to cheeses, including olive oil, wine, pasta, organic flour, chocolate, salami and meat) the organic products of our farm will definitely show off their goodness in promotional initiative occasion organized by the Municipality of Pontedera that will bring the delicacies at the Hotel Royal in Sanremo for a week of delicious tastings and initiatives.

The hotel, frequented by singers, by Vip and conductors of the largest music festival, including the conductor Carlo Conti, will host Lischeto and other companies within the ‘”style area”, where a daily buffet will be set up with all the participating specialties. In the same space will be handed out to drivers, the singers “famous” and young people competing in the category “new proposals” a custom bag containing the products provided by the companies.

Waiting to know who will win the Sanremo Festival, we prepare to learn more about who will be in the race to try to anticipate their tastes and to make proposals that leave you speechless, but of course not without the voice to sing! 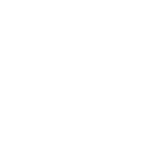